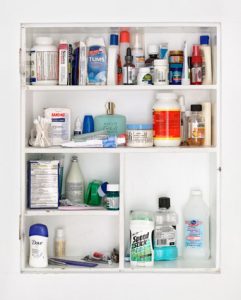 Is your doctor open to alternative medicine?

Once relegated to the margins of the medical world, alternative remedies and therapies are now increasingly finding a place in many American homes, with more than a third of adults saying they have used some form of them. But it’s not just the general public.

Research shows that despite longstanding resistance, alternative medicine is gaining ground in some doctors’ offices too. A study by Harvard Medical School in May found that one in 30 Americans — as many as six million people — used an alternative therapy after a doctor recommended it, and a recent report in the journal Health Services Research found that doctors and nurses are increasingly likely to try alternative or complementary medicines themselves.

But what are doctors using, and which alternative and complementary medicines would they trust enough to recommend to a patient or use in their practice? In a new occasional series, Well will talk to doctors around the country to find out what nontraditional medicines or therapies they sometimes recommend or use themselves.

What the Doctor Says:

This orange and yellow spice, famous for its extensive use in South Asian cuisine, also has anti-inflammatory properties. Dr. Santos recommends it frequently to patients complaining of sore and achy joints, and uses it herself to relieve pain in her joints from sports and exercise.

“I use a lot of turmeric in my practice,” she said. “It’s an amazing spice. Usually what I do is I make sure nothing else is going on, that it’s just plain old inflammation from wear and tear.”

While many people may encounter turmeric only in curry dishes and South Asian restaurants, Dr. Santos advises her patients to find it in health food stores in pill or capsule form. She recommends a dose of 1,000 milligrams a day. The benefit of buying it in a bottle, she said, is that it’s usually combined with a compound called piperine, which aids absorption.

“In India, whenever they use turmeric they usually have pepper in the meal,” said Dr. Santos. “Piperine is a pepper. It helps the turmeric get absorbed so that it goes into your bloodstream versus staying in your gut.”

Dr. Santos said she recently suggested to her father that he try turmeric after an operation on his hip. He was undergoing rehab and was experiencing pain and stomach issues, another area in which the use of turmeric has been studied.

“He was skeptical,” she said. “But he called me up a few days later and said he was pain-free.”

What the Science Shows: A study published in The Journal of Alternative and Complementary Medicine in 2009 compared the active ingredient in turmeric, curcumin, with ibuprofen for pain relief in 107 people with knee osteoarthritis. The curcumin eased pain and improved function about as well as the ibuprofen. Another study, by researchers at Baylor University Medical Center in 2008, reported that taking curcumin daily in moderate doses for up to three months was safe.

Because the active compound in turmeric can sometimes slow blood clotting, avoid taking it at least two weeks before any scheduled surgery, and do not mix with blood thinners like warfarin and Plavix. It may also worsen gallbladder problems, so avoid it if you have gallstones. Check with your doctor before trying it.